Objectives:  The students will understand what a biography is and research about a particular person they find interesting. 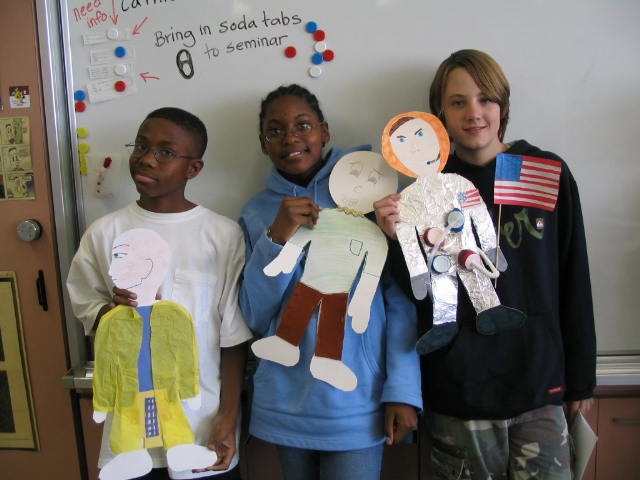 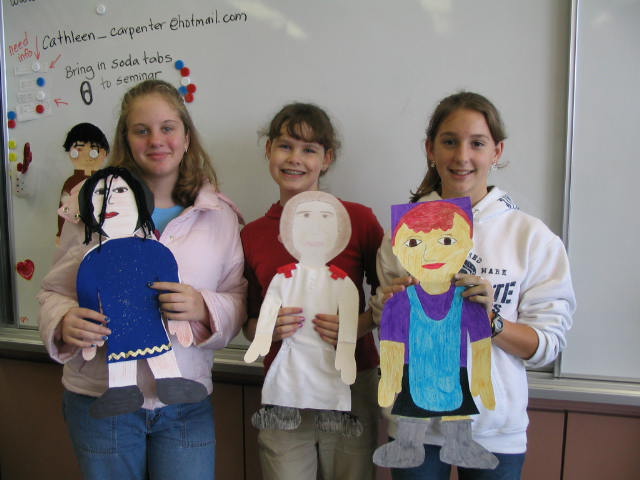 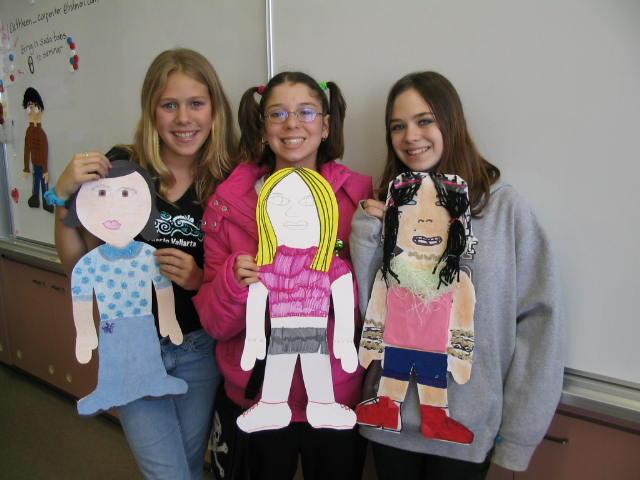 Each student will go to the library and check out a biography on a person that interests them. Students will be given four weeks on their own time to complete reading the book and do the related project.

Brainstorm what would you  want people to remember about your person and what they did with their lives? What factors of life are good, interesting, to know? What do you think the tabloids shouldn't tell about people? Authors? Who do you think are the most interesting people to learn about?

Assignment: Each student will be given a bio-person base to work with. They will have to come up with a report they will present as if they were the person that includes the following: background, family, growing up, important events in their life, what they want to be remember for, what they were remembered for, goals for their life, important people in their life, anything that happened they would want to forget (scandal, bad situations, etc.)

Students will take the information and present it out loud. They can use cards/notes for reference, but need to be able to tell about themselves in a conversation tone. They will turn in the bio-person and written segment for part of the grade.

Students can supplement the information in the book with information they find extra on the internet or in other sources if they so choose and are interesting in finding out more information.

Some questions you could think about:

1. In what ways was the life remarkable? 2. In what ways was the life despicable? 3. In what ways was the life admirable? 4. What human qualities were most influential in shaping the way this person lived and influenced his or her times? 5. Which quality or trait proved most troubling and difficult? 6. Which quality or trait was most beneficial? 7. Did this person make any major mistakes or bad decisions? If so, what were they and how would you have chosen and acted differently if you were in their shoes? 8. What are the two or three most important lessons you or any other young person might learn from the way this person lived? 9. Some people say you can judge the quality of a person's life by the enemies they make. Do you think this is true of your person's life? Explain why or why not. 10. An older person or mentor is often very important in shaping the lives of gifted people by providing guidance and encouragement. To what extent was this true of your person? Explain. 11. Many people act out of a "code" or a set of beliefs which dictate choices. It may be religion or politics or a personal philosophy. To what extent did your person act by a code or act independently of any set of beliefs? Were there times when the code was challenged and impossible to follow? 12. What do you think it means to be a hero? Was your person a "hero?" Why? Why not? How is a hero different from a celebrity?

A lot of people around the world know me today from my action comedy movies, but for a long time, I was only popular in and places in the . I changed my name three times throughout my career and ended up as Jackie Chan because of the influence of several people in my life. My parents came out of after WWII from separate families. Both had had their spouses killed and were separated from their children, not knowing what happened to them. I never found out until I was an adult that I had half-brothers and sisters and the story of how my parents met in a dangerous situation trying to cross the border. They named me Chan Kong-sang, which means "born in Hong Kong Chan;" not original, but they felt lucky and blessed for their new lives in . They put me in Yu Jim-yuen's when I was seven years old and it was there that I  learned the marital art of Kung Fu, as well as a variety of acrobatic techniques that we used when we performed. The school was hard work and we studied and practiced seven days a week, 12 hours a day. We got up at and went to bed at . The master beat us daily and the older "brothers" beat on us as well. It seems harsh when I look back on it, but it helped to discipline me and make us the best in the business. I didn't go to school or study, so it was hard for me as I got older and had to read and write and learn English. I hated school and learning and all the boys and the girls goofed up and tormented the tutors that came to the school so we never learned anything. My first jobs were performing with elaborate costumes and scenes in the ancient Chinese Theater. As movies became more popular, the theater died out and all us junior stuntmen had to find other work in a variety of Chinese movies. It was hard work and didn't pay well, but my parents, who had moved to after putting me in the school for better work, got me a small apartment. The greatest part of my life was spent working in movies and doing stunt jobs in . Because of the schedule and work we did in the theater school, I never really thought much about girls until I was 17. Unfortunately, my first love was from the "other side of the tracks" and her father forbid her to have anything to do with me. Many of my brothers from the school helped me to get work and eventually got me in some parts in the United States. I could have broken into the business earlier, but I didn't want to portray Asian people as evil bad guys in movies and waited for a better role. I became popular as a stuntman because I was willing to do anything, no matter how dangerous it was. I have broken almost every part of my body and been in over 84 movies throughout the world, my first one at age eight in 1962, and the last, Shanghai Noon,  in 2000 My worst injury was a fall from a castle wall into a tree where I hit a rock on the ground and cracked my skull, driving a piece of it into my brain. I was okay after surgery, but I still have a hole in my head witha plug that keeps my brain from falling out! When I first got famous and started making money, I wasted a lot of it and surrounded myself with people and things, gambling, spending everything I made to look important. Now, I try to blend in and not be noticed, but it is amazing to me the other actors and stars that recognize me when I don't expect it. My first TV experiences were bad because my English was so bad I couldn't understand anything or talk right. Later on, when I finally broke into , I was on David Letterman, Jay Leno, and even gave an award on MTV and at the Academy Awards. I really wanted to change the image of martial arts from being used by gloomy angry characters in films, to fun comical ones and that was one of the reason I got into directing my own films or helping so I could get my ideas across. I have a non-traditional relationship with my wife of 15 years and my son in that we lead separate lives much of the year, but we are still very happy. I might have started out as a useless child, that turned into a ragged boy and reckless teen, but it all helped to make me the person I am today, Jackie Chan.